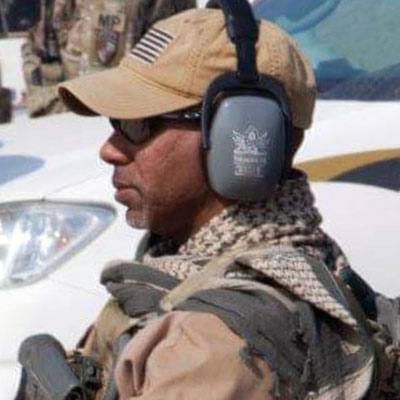 James (Nate) King began his career in 1985 enlisting in the United States Marine Corps as a Heavy Machine Gunner soon after he was placed in Special Operations capable Unit. Nate left the Marine Corps in 1993 with a honorable Discharge. Soon after the Marine Corps he join the D.O.J. under the U.S. Border Patrol/I.N.S. then transferred to the D.H.S. where he became a member of the International S.R.T. team, leaving D.H.S. in 2004. Shortly after he was recruited for private military contracting, working with several contracting companies being deployed overseas and stateside.