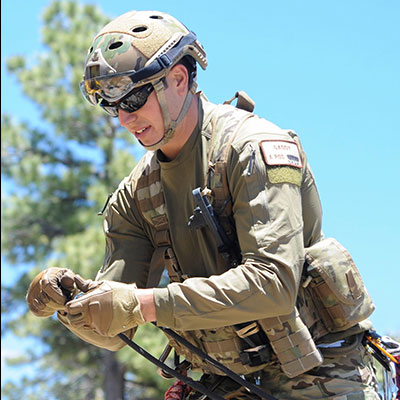 Matthew has been assigned to both rescue and special tactics units and has acted as a PJ
enabler supporting units from all four uniformed services of the United States military. Acting
as a ground force medic and technical rescue specialist, Matthew has four uniformed
deployments to several African AO’s as well as Afghanistan. He has also spent four years as a
Special Operations contractor, in support of US Policy overseas. Matthew has experience in a
myriad of mission sets that include direct action assaults, low-visibility operations, and
reconnaissance-based missions.

During his 10-year career, Matthew has attended several advanced tactical and medical courses
to include instructor level courses. Additionally, Matthew has been invited to Europe to speak
at medical conferences on unique, hostile environment trauma cases. He is currently in the
publishing process for what is arguably the first battlefield blood transfusion from a walking
donor, during a sustained firefight.

A few of Matthew’s qualifications include: