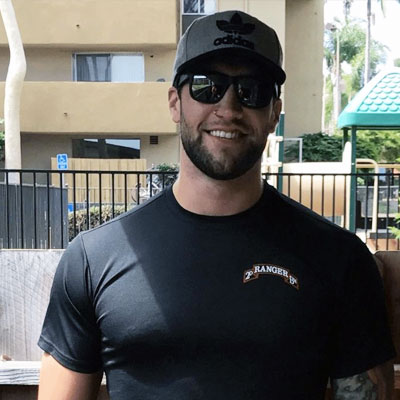 Jonathan Wechter, originally from Philadelphia, Pennsylvania now resides in San Diego, California. Jonathan was stationed at Fort. Lewis McCord with the Second Ranger Battalion, where he trained and specialized in Infantry tactics, close quarters combat, airborne operations and airfield seizures. While stationed at the 82nd airborne division, Jonathan taught infantry procedures and tactics. During his time with the Second Ranger Battalion, Jonathan had Multiple combat deployments and as a Ranger he held various positions within the team